Medamints are sweetened with Xylitol, an all-natural sugar substitute.

Xylitol is sweet and looks like sugar, but that is where the similarities end. Unlike sugar, Xylitol is good for your teeth. In fact, it is the only sweetener recommended by the American Dental Association! There are other health and nutritional benefits of Xylitol. For example, it has a low glycemic index and therefore is a good choice for diabetics. 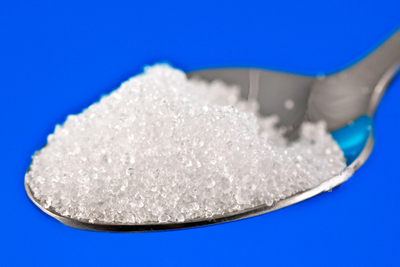 Detailed information about Xylitol below

Xylitol helps stabilize hormone levels, promotes good health, and has none of the negative side effects of white sugar or artificial sweeteners. Xylitol is a natural insulin stabilizer, therefore it doesn’t cause a spike in blood sugar and actually helps reduce sugar and carbohydrate cravings. A large percentage passes through the body before the carbohydrates are absorbed, thereby making it safe for diabetics or anyone pursuing a healthy lifestyle.

Chemically, xylitol differs from other sweeteners such as sorbitol, fructose, and glucose because its molecule has five, instead of six, carbon atoms. The body does not require insulin to metabolize xylitol. For this reason polyols like xylitol produce a lower glycemic response than sucrose or glucose. Xylitol is found to have a glycemic index of seven while sugar is 68.

Xylitol has been proven to inhibit the growth of bacteria; most bacteria and yeast in the mouth are unable to make use of xylitol. Xylitol does not ferment so it cannot produce acid. Maintaining a neutral pH level in the mouth is beneficial as an alkaline environment is inhospitable to the destructive bacteria. As a sugar alcohol, it differs from the ’sugar’ because its special properties do not support oral bacteria and inhibit plaque formation. Xylitol was discovered almost simultaneously by German and French chemists in the late 19th century and has been used extensively in Europe since World War II. Its dental significance was researched in Finland in the early 1970′s, when scientists showed it had significant dental benefits. In Finland, Sweden, Japan, and many other countries, xylitol is widely used in candy, gum, and oral care products. While xylitol is fairly new in the U.S. market, its use is rapidly increasing as more people become aware of its unique health benefits.

“Xylitol has a delicious, sweet taste, and no unpleasant aftertaste! Xylitol has about a third the calories as table sugar, and is a healthy alternative for diabetics. Not only does it make an excellent sugar substitute, but it aids in the prevention of dental cavities, and reduces plaque formation.” – xylitol.org

Xylitol is approved by: